After falling in love with one of our foster, female, dwarf hamster and finding her a forever home, I was really interested and would have loved my own dwarf hamster, I hadn't had much experience with them beforehand, but have later fostered quite a few more and found them homes.

We came across a Shpock Advert for a male dwarf hamster who loved to eat a lot and occasionally bites, the only issue was the hamster was over an hour and a quarter away. He was the only dwarf hamster that came up for adoption around that time and nobody wanted a hamster that potentially bit and was already one years old, I had my heart set on him, even though there wasn't many photos of him, only a tiny picture of him sitting by his food bowl through the bars and a picture of his little pink cage with a green wheel in and a bottle held on by an elastic band. 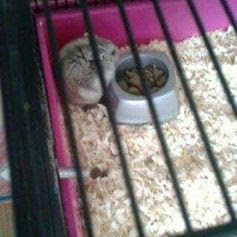 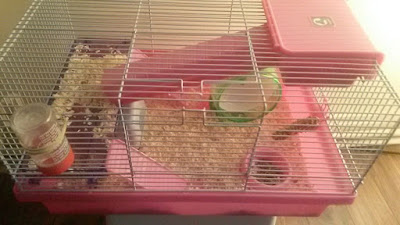 (Cage is NOT Suitable for housing any species of hamster.)

I arrived at the property, a large group of people in a small flat, they were moving house and were unable to take him with them, so were looking to re-home him. I peered in the cage and couldn't see him, he was hiding in the little house, I asked to hold him and they were more than happy for me to but apologised encase he bit me. He was as good as gold and just sat there, I popped him in the carrier with some of his bedding and took him home.

Once he had time to settle in, we would get him out most nights, whilst he explored us and the area. He is a gentle old soul, he was never very speedy, he loves his food especially mealworms. We expanded his cage and gave him more enrichment, including sand baths (one which he used as a toilet) more hideaways and tunnels, a larger 20cm wheel and a unbranded Whimzee to chew on and enjoy. 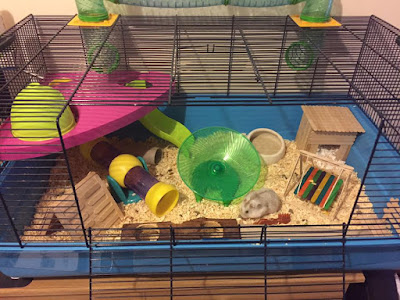 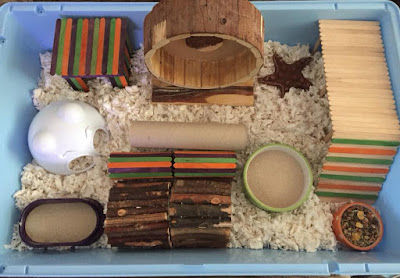 (As he got older - Zoozone Cage is suitable for dwarfs, it meets the UK minimum requirements and measures 72cm by 46cm, for UK information you can read more HERE.) 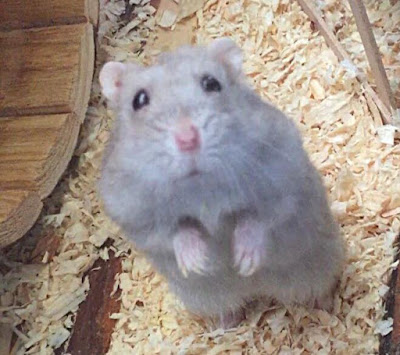 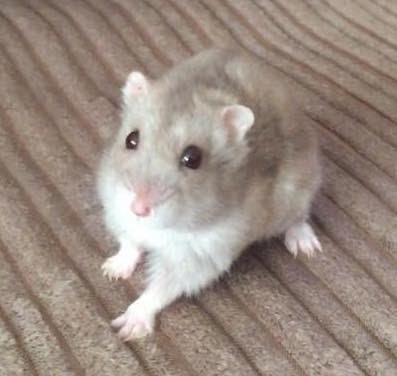 Sedrick in his prime

It was the best decision to get him, he is my heart ham, as he has got older he has had a few issues, mainly with one of his eyes getting stuck together, which he has had eye drops for and has been tested for other things as he keeps getting it. He is now very skinny so is also having porridge and baby food, his favourite being chicken Sunday lunch, he is loosing his sight and isn't as easy on his feet as he once was, but he is getting old being around 28months old. 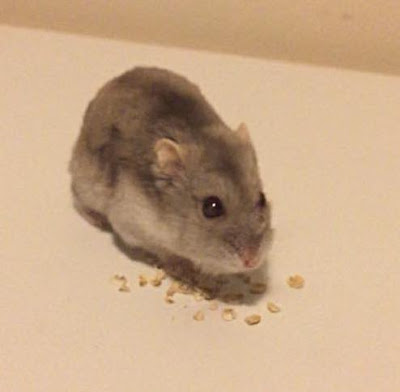 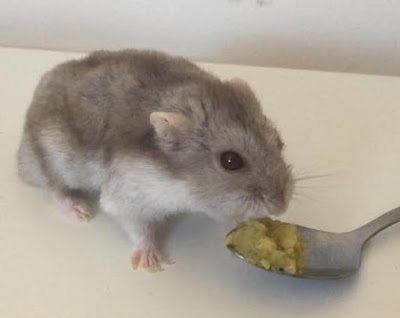 Sedrick sadly took a turn for the worst this week, having a large lump growing under his chin, could anything else go wrong for this little fella?! After loosing Roxy last month who had a tumour I thought the worst, especially with his age and his current health.

But we just got back from the vets and it turns out he had an abscess caused by his bottom teeth, the vet popped it and there was blood and pus everywhere, the smell wasn't that pleasant either! Luckily he made it through the ordeal and we have to keep cleaning it, making sure the wound doesn't heal, leaving him with a hole in the underside of his chin. He is on Baytril and Metacam all his life now most likely and will continue to eat baby food and porridge if he can't manage much else. The one thing he will really miss though is his sand bath.

*WARNING* - If you are screamish or would rather not see the following before and after the vet appointment then please do not continue scroll down.

If you have a hamster with a lump then please get it checked out by a vet, it may not be what you think and could be treatable or at least put them in less pain. 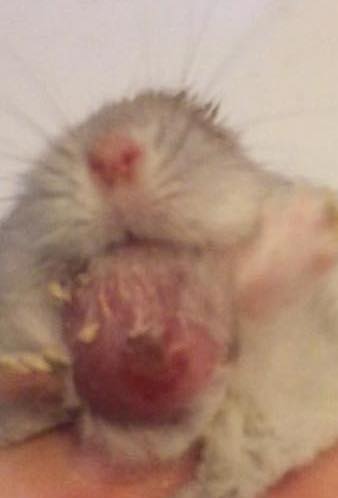 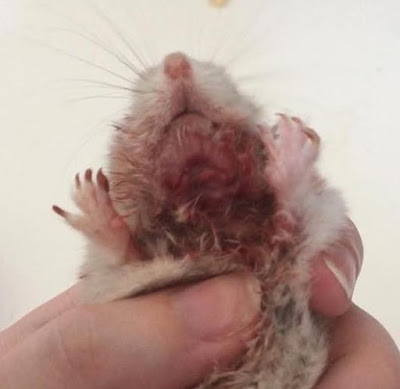 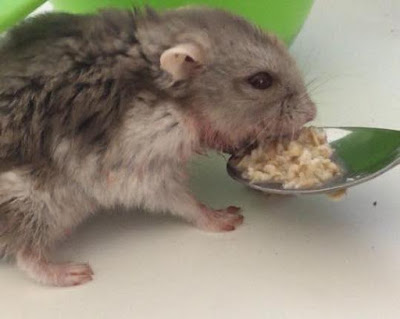 Back home lapping up some porridge.
Posted by Dannii at 12:10