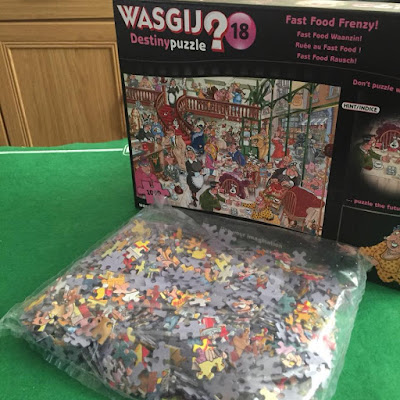 A Wasgij is jigsaw spelled backwards, they are puzzles that have an image on the cover/box which is a clue of what the puzzle will look like, but not the actual puzzles image itself.

I recently won the Fast Food Frenzy! Wasgij, which on the box shown a busy restaurant in 1958. The idea of the puzzle is to imagine what the restaurant would look like today, for friends and families to enjoy their food and conversation.

First of all we rummaged through the pieces to find the outside edges and corners and fitted them together. Once we had the outside pieces, we found out pieces that looked similar, with the same patterns and writing on them. We slotted those that we could find together or put them near each other, so we had an idea of where they went. 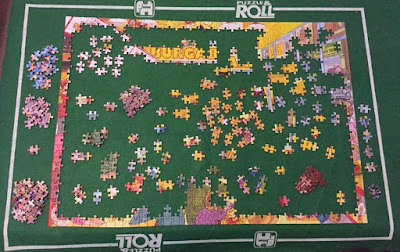 The clever thing about this puzzle in particular and most of the Wasgijs is that some of the characters are the same, but around 50 years later. For example: There is a little scout at the counter on the box, but on the actual puzzle he is a grown adult wearing his uniform. There is also a couple on the box in the foreground touching fingers, whereas on the puzzle, they are much older but still touching hands. 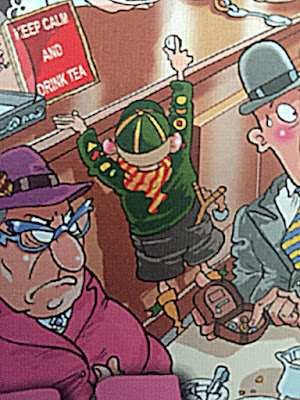 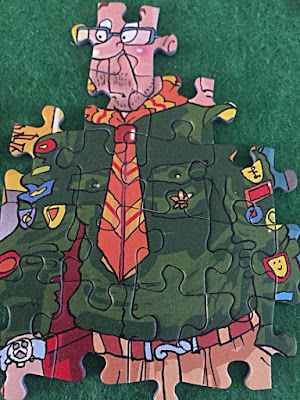 We left out the puzzle on the coffee table in the lounge and occasionally placed more pieces when we saw them, we left it out and those that came round to our house also enjoyed looking and placing pieces.

This jigsaw definitely was enjoyed by many and I'd highly recommend them, I didn't anticipate how much harder a puzzle could be without an actual image to refer to. 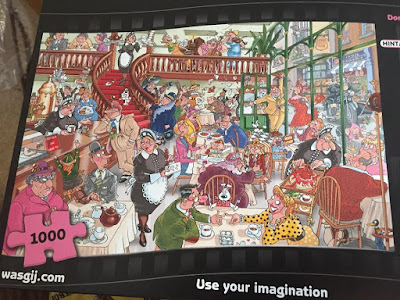 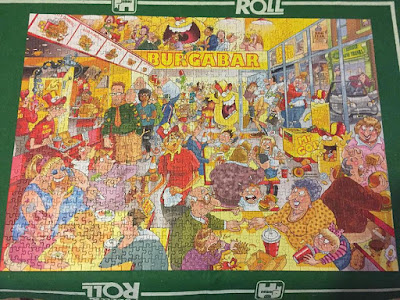